4 Legal Suggestions to Prevent Marijuana Use Among Minors

4 Legal Suggestions to Prevent Marijuana Use Among Minors 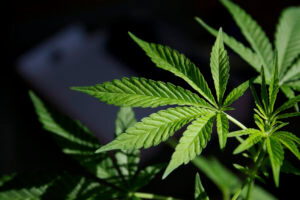 As marijuana reform spreads throughout the country, a growing number of communities are legalizing or decriminalizing this increasingly popular drug.

One of the more serious issues that continue to arise is how best to keep these “adult” products out of the hands of children and minimize access to marijuana from those under the legal age of 21 years.

Many experts believe that reviewing the regulations and lessons learned from tobacco and alcohol regulations, which have proven very difficult to change, can provide a useful roadmap in protecting underage adolescents from gaining easy access to legalized marijuana.

Prominent researchers at the Johns Hopkins Bloomberg School of Public Health suggest four strategies to prevent marijuana use among minors.

The study suggests that regulators should use tax policies to keep prices high, using tobacco reports as a guide. "Research has shown that young people are particularly price sensitive and tend to reduce cigarette use at higher rates than adults after price increases," stated one of the key researchers.

Data reveals that “despite age-limit restrictions, many teens are able to obtain (illegal substances) in stores. This could be mitigated by stronger enforcement of existing laws, (increased) compliance audits and stiffer penalties. States should also regulate locations of marijuana retailers, such as keeping them away from playgrounds and schools, which research has shown can reduce risk of youth use.”

According to the authors, “… (in order) to prevent the harms of accidental ingestion by children…regulating the appearance of foods containing marijuana and reducing the amount of THC (marijuana's main mind-altering ingredient) in these foods (is needed).”

Child-friendly food formats, such as candy, bars, cookies and other “treats” are being sold with marijuana content. The potency and danger in these commonplace items varies considerably and may inflict detrimental consequences, especially in adolescents who are drawn in by the packaging or form of the product. The authors also call for childproof packaging to prevent accidental ingestion.

Countless studies show that exposure to alcohol and tobacco advertising is associated with increases use by our kids. Limits on how and where marijuana products can be viewed and publicized should be controlled from the onset. A growing body of scientific researchsuggests that when adolescents are exposed to alcohol marketing with familiar imaging, it affects (increases) their drinking behavior.

The authors conclude with a thought shared by all of us, “Our number one priority has to be to keep our children safe."

Audrey Beim holds two advanced degrees from major universities, including a Master's Degree in Psychology. She has over 20 years of experience in the health, wellness, nutritional and fitness categories and has used her expertise to write articles for media outlets such as Linfield Media and Examiner.com.